Área do Cliente
Sair
Produtos> Monitoração de Pacientes & Suporte à Vida> AED> AED Blog
How to Differentiate between Monophasic and Biphasic AED Defibrillators
Mindray 2020-03-17
Automated external defibrillators have saved millions of lives over the years. As science and technology develop and evolve, so do these devices. That's why we can differentiate AED machines into monophasic and biphasic defibrillators. The main objective of this article is to compare these devices and describe how they differ from one another. Is the monophasic device better than biphasic AED? Read on to learn more. 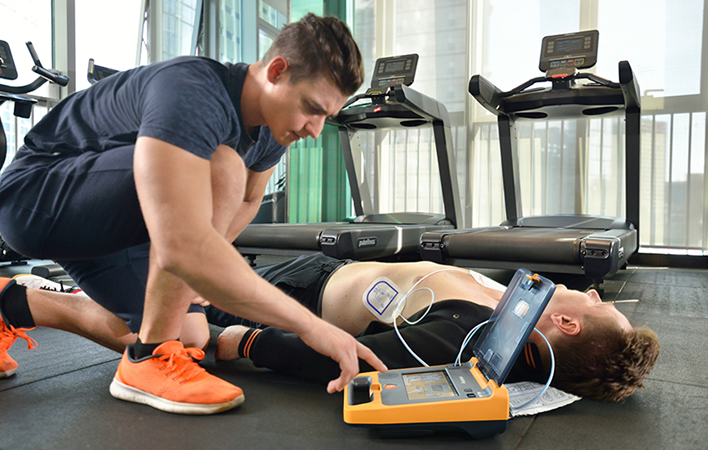 
Monophasic AEDs are devices that emit a type of shock. It sends an electrical current in a single direction from an electrode on one side of the chest to an electrode on the other side. Monophasic waveform defibrillation has been used since the invention of AED devices. And thanks to the advancements in technology and science, it is replaced by more effective defibrillators.


In monophasic defibrillation, the height of the voltage of the capacitor during charging determines the energy that is then delivered by the pads. The waveform linked with monophasic defibrillation has one peak, which is crucial in determining the success of defibrillation. There needs to be enough current to reach the heart in order to terminate the lethal rhythm or fibrillation. At the same time, it is necessary to avoid excessively high peak current, which could damage a patient's heart. In monophasic machines, the delivered current is high, which is why these machines were usually on the bulkier side.

However, most manufacturers have ceased production of monophasic AED devices and have started producing biphasic AED. In turn, most hospitals are using a combination of newer defibrillators and older devices [1]. 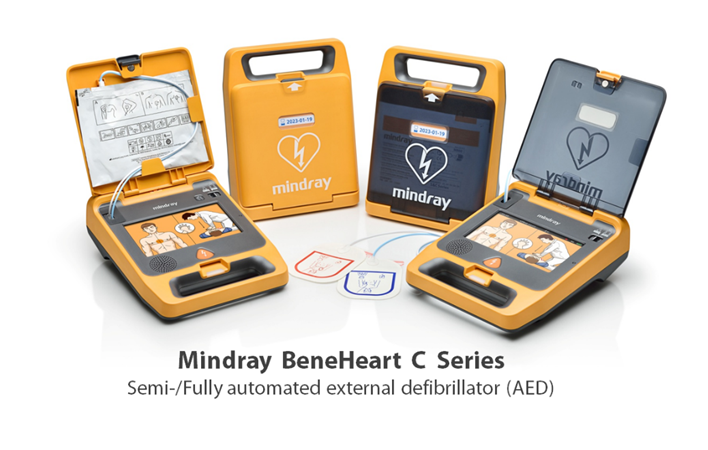 In biphasic AEDs, the pulse is composed of a positive and negative peak. During the positive peak, the current moves from electrode A to electrode B and vice versa during negative peak, i.e., from B to A. Modern AEDs first measure the impedance of the thorax (the body’s resistance to the current) and adjust the voltage level accordingly. What’s more, devices such as BeneHeart C Series of Mindray come with adult and child modes. This allows rescuers to immediately select the correct mode, which then enables the device to do its job with even greater efficacy.

The exact shape of the current delivery is determined by factors such as the current, energy of direction, and duration of delivered energy. What makes biphasic devices so important is that they adjust for patient impedance through varied characteristics of the waveforms to make sure that high- and low-impedance patients have the same chances of survival. It is particularly important if we bear in mind that the most effective waveforms maintain their shape and duration regardless of the impedance [2], and that’s exactly what biphasic devices can achieve.

Besides the main difference in the current flow, biphasic AED also differ from monophasic devices because they achieve the same effect but with a lower number of joules. In fact, there is evidence to prove that the efficacy that a protocol using monophasic waveform shocks in the 200-360J sequence is 90% similar to that of a protocol utilizing biphasic waveform shocks in 120-200J sequence. Therefore, what we can see here is that the higher efficacy can be achieved with biphasic AEDs as opposed to the monophasic ones when they are with the equal level of delivered average energy. In order to achieve better resuscitation outcomes for patients who are typically difficult to defibrillate, such as those with obesity or higher impedance, Mindray has developed the 360J biphasic technology and integrated it into the AED devices to increase the termination rates of refibrillation.


Monophasic vs. Biphasic AEDs: which is better?

Reasons for the supreme position of biphasic machines are numerous, including the above-mentioned fact that the biphasic AEDs can achieve higher efficacy but with the equal or even lower amount of delivered energy. At the same time, they also produce less impairment of cardiac function, which is always important.

Another benefit of biphasic defibrillators is that they normally do not produce other negative effects such as skin burns, which can happen with their monophasic counterparts. Moreover, since they require a lower amount of energy to produce the same effects, biphasic AED machines are usually lighter, smaller, less demanding on batteries, and require lower maintenance than monophasic defibrillators.

On the flip side, monophasic devices can be quite bulky and impractical to handle in hectic situations. As the technology keeps progressing alongside science, biphasic machines are becoming more versatile and practical in terms of features and options they provide to rescuers.


Although monophasic and biphasic machines are successful in performing defibrillation, the latter is considered a better option. They are more convenient, accurate, effective, and cost less and are able to prevent further damage to the heart. Biphasic machines require relatively lower peak current in order to lower the risk to heart damage, and are able to adjust impedance to work equally on different types of patients. Biphasic devices are going to completely take over the world as many companies stopped producing their older counterparts.