Special thanks for sharing this case to Dr. Wang Peng and Tang Shaoshan Shengjing Hospital of China Medical University.

A 64-year-old female with a 30+ year history of hepatitis B and 6 years post S7 partial hepatectomy and splenectomy for primary hepatocellular carcinoma presented to our department after an MR examination performed in our hospital 3 months ago indicated liver cirrhosis and suspected malignant nodules in S4 of the liver. Re-examination using contrast-enhanced CT showed a mildly hypodense foci about 1.5 cm in diameter in S4 of the left liver lobe (Fig. 1) with obvious uneven enhancement in the arterial and portal phases and mild washout in the venous phase, suspicious for recurrent hepatocellular carcinoma. Figure 1. Contrast-enhanced CT showed mildly hypodense lesion of about 1.5 cm in S4 of the left lobe of the liver with obvious uneven enhancement in the arterial phase.

The S4 tumor seen on abdominal CT could not be demonstrated on conventional gray-scale ultrasound imaging. On contrast-enhanced ultrasound (CEUS) the lesion demonstrated hypervascularity in the arterial phase (Fig. 2) with iso-enhancement in the portal and late phases (Fig. 3). 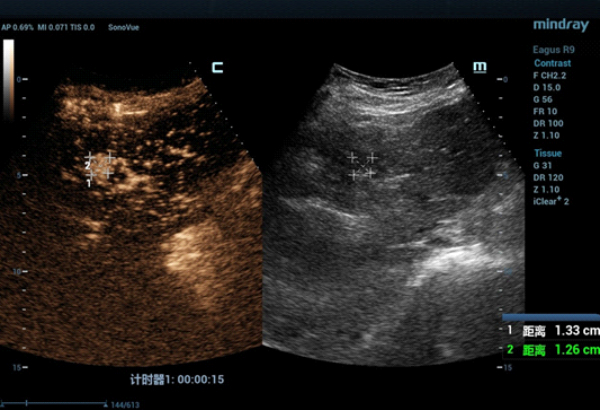 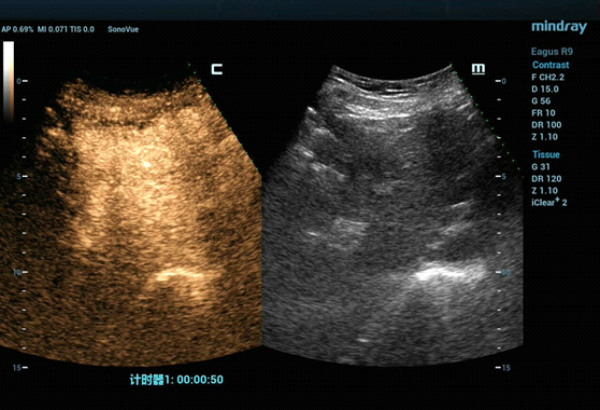 Figure 3. Iso-enhancement of the lesion in the portal venous phase on CEUS.

The patient was scheduled for ultrasound-guided microwave ablation (MWA), however, as the lesion could not be seen on conventional ultrasound, fusion imaging combining ultrasound imaging and contrast-enhanced CT (Clip 1, Figs. 4-7) was used to ensure accurate positioning of the microwave antenna. 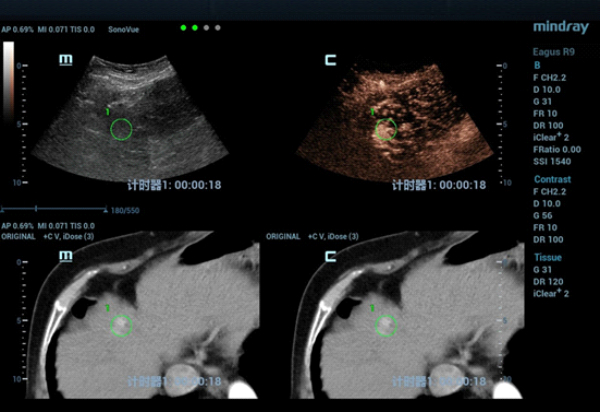 Figure 4. Reconfirmation of lesion location via CEUS after fusion of ultrasound and CT images. 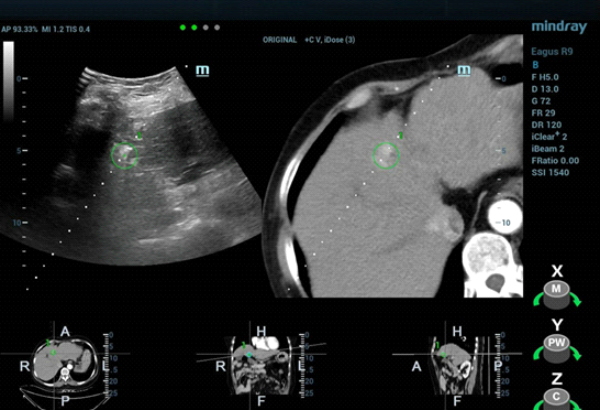 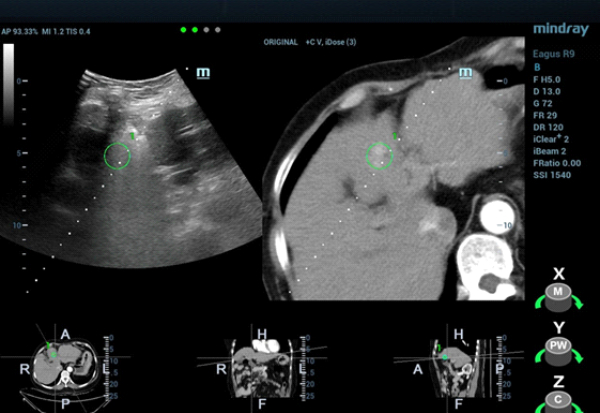 Figure 6. At 3 minutes of microwave ablation at 60W, the lesion was completely covered by strong echoes

The patient had a long history of hepatitis B and cirrhosis and previously underwent segmental hepatectomy and splenectomy. MWA was chosen to treat the lesion due to its location deep in S4 of the liver.

The tumor was isoechoic and could not be clearly displayed using 2D grayscale ultrasound, therefore using conventional ultrasound guidance alone could result in inaccurate positioning and incomplete ablation. However, Fusion Imaging combining real-time ultrasound with the contrast-enhanced CT dataset allowed for accurate antenna positioning and successful treatment of the lesion by percutaneous MWA. CEUS was used pre-procedure to confirm tumor location and post-procedure to evaluate the ablation zone and ensure the efficacy of the treatment.

Using CEUS combined with fusion navigation you can precisely locate a focal liver lesion, accurately place the microwave antenna, monitor and evaluate the ablation zone – all in real-time. Ultrasound-guided MWA using these additional features is safe, feasible, and clinically applicable.