Hemoglobin A1c (HbA1c) is a key analyte for monitoring the glycemic balance in diabetic patients, and is used for diabetes diagnosis in many countries. The potential interference of carbamylated hemoglobin (CarHb) and labile glycated hemoglobin (LA1c), can cause HbA1c results to be inaccurate. The effects vary depending on the specific HbA1c method used.

CarHb, which results from the binding of urea-derived isocyanic acid, is higher in patients with chronic kidney disease.[1]

CarHb formation is dependent on urea concentration and length of exposure to urea.[2] 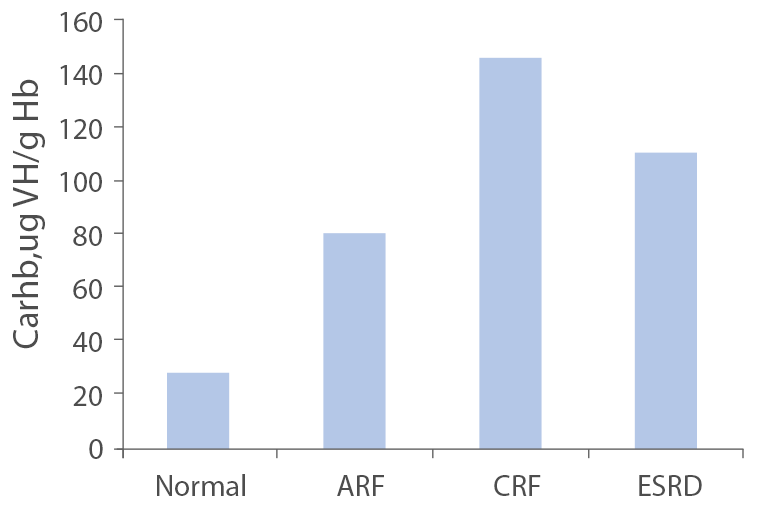 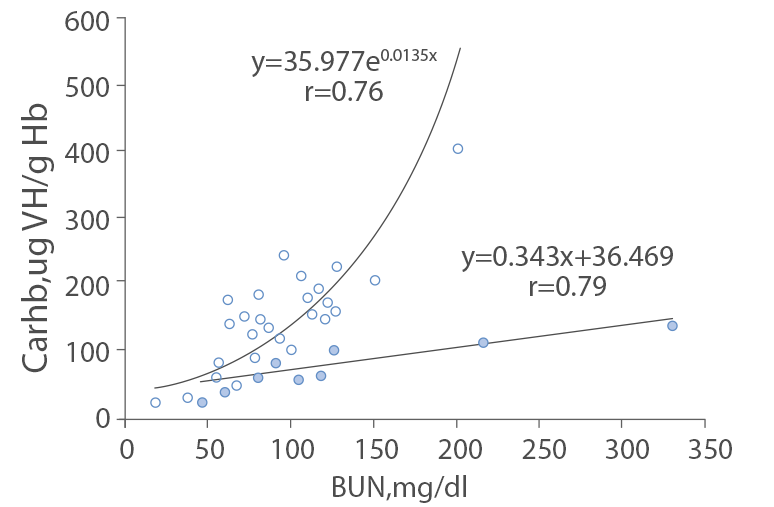 Fig.2.Carhb plotted against BUN level in patients with ARF () and CRF()

CarHb has a similar electric charge to HbA1c. When measured by ion-exchange high-performance liquid chromatography (HPLC), CarHb forms a peak which overlaps the peak of HbA1c, causing a falsely elevated HbA1c result.[3]

A 60-year-old man with underlying ischemic heart disease, hypertension, and type 2 diabetes mellitus was also treated for sepsis associated with an acute kidney injury. His Urea level was 91 mmol/l and creatinine level was 2.52 μmol/l. The HbA1c which was measured by HPLC HbA1c program was considered very high (21.9%), outside the reportable limit.

The HPLC chromatogram showed a very high carbamylated hemoglobin peak of 12.1% (Figure 3) pointing to the possibility of positive interference in the HbA1c measurement.[4]

So, HbA1c assay manufacturers should evaluate the anti-CarHb interference ability of HbA1c tests, and give clinical laboratories instructions.

Labile hemoglobin A1c (LA1c, also known as pre-HbA1c or pre-glycohemoglobin), an unstable form, is a Schiff base formed during the non-enzymatic glycation of hemoglobin. The concentration of labile fraction varies with acute change in the plasma glucose level.

LA1c potentially interferes in the estimation of HbA1c, causing a false low value, and may even hamper or delay the prompt treatment required for diabetics. This calls for a careful and detailed study of chromatograms for each sample.

The influence of increasing LA1c on HbA1c results was studied with in vitro glycation of samples by Aurore Desmons, etc.[1] The study shows that the increased LA1c peak led to a decrease of HbA1c values (Table 1).

An article called “Labile Hemoglobin - A Biochemical Entity” concludes that LA1c should be noted carefully while estimating the HbA1c by HPLC technique as it is a potential source of pre-analytical error.

The chromatogram for a patient with a diabetic history shows LA1c/CHb-1 and LA1c/ CHb-2 with a total area of 10.7% and HbA1c with an area of 4.4% on 5/6/19. Finding a low value of HbA1c, the laboratory referred to the patient history and discovered that the patient had received treatment for high plasma glucose levels four days previously. As acute changes in the plasma glucose level can cause a high LA1c value, it was advised for the patient to test again after a gap of one day. On 7/6/19, the result of the repeat sample tested showed LA1c/CHb-1 with an area of only 1.9% and HbA1c with an area of 7.5%.[5] 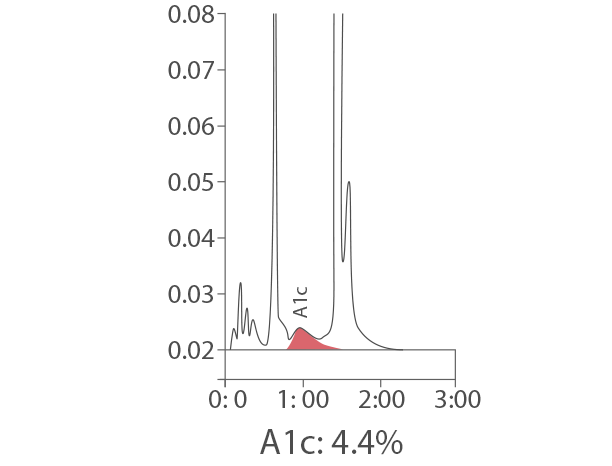 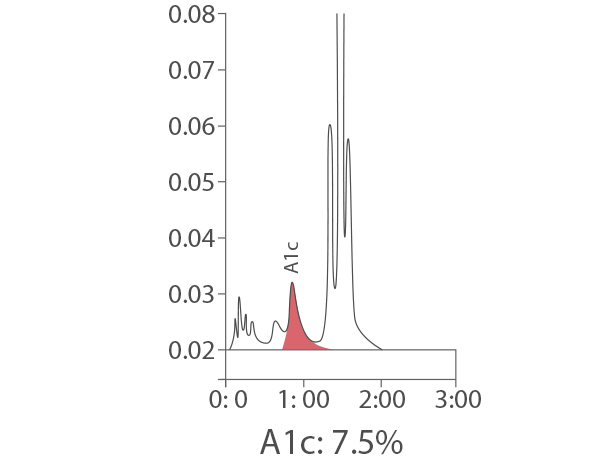 The aim of this study was to evaluate the influence of CarHb and LA1c on Mindray enzymatic HbA1c.

Fig.5. Procedures for in vitro carbamylation and glycation

Mindray R&D studied the influence of increasing in-vitro CarHb and LA1c concentration on HbA1c results with enzymatic chemistry method. The results can be seen in table 2.

Table 2. Interference of CarHb and LA1c on HbA1c measured by Mindray enzymatic method

All relative bias, compared with control group in table 2, is less than 2%, which proves there is no significant interference from CarHb and LA1c by the chemistry enzymatic method.

HbA1c is not affected by blood sugar levels alone, it can also be affected by chemical modifications of Hb. CarHb and LA1c remain critical issues in chromatography-based HbA1c assay. Misleading interpretation can lead to a wrong estimation of glycemic control and misdiagnosis. It is therefore prudent to rule out such confounding factors before making a therapeutic decision.

Therefore, when a suspicious HbA1c value occurs, further investigations should be performed. Measurement of HbA1c with a different assay method, or testing serum fructosamine and continuous glucose to monitor patient’s glucose control are suggested.

Mindray enzymatic HbA1c shows no significant interference from Hb derivatives (CarHb and LA1c). It is concluded to be beneficial for patients who have kidney disease and diabetes mellitus as well as patients who have an acute change in glucose level (such as those who have had a blood transfusion).